#What is the acoustic particle velocity?

In order to understand how the particle velocity is measured, it is important to grasp the concept of what particle velocity actually is. Let's consider an infinitely long tube with a piston at one end of the tube moving at a fixed audible frequency. In such a scenario, a plane sound pressure wave is formed. The wavefront is traveling along the length of the tube, creating local areas of high and low sound pressure. The behaviour of particle velocity in such a system is best described, if we consider the air inside the tube as a set of singular air particles. As a result of the piston motion, within the tubes volume, there will be local areas of high and low density of air. In other words, the moving piston will cause the air particles to move as well. However, the air particles will not be displaced along the tubes' length. The air particles will oscillate around their respective points of origin. The velocity of this oscillation is known as the particle velocity. The same behaviour of air particles is also observed in free-field conditions. Below an example with a spherical speaker sound radiation: 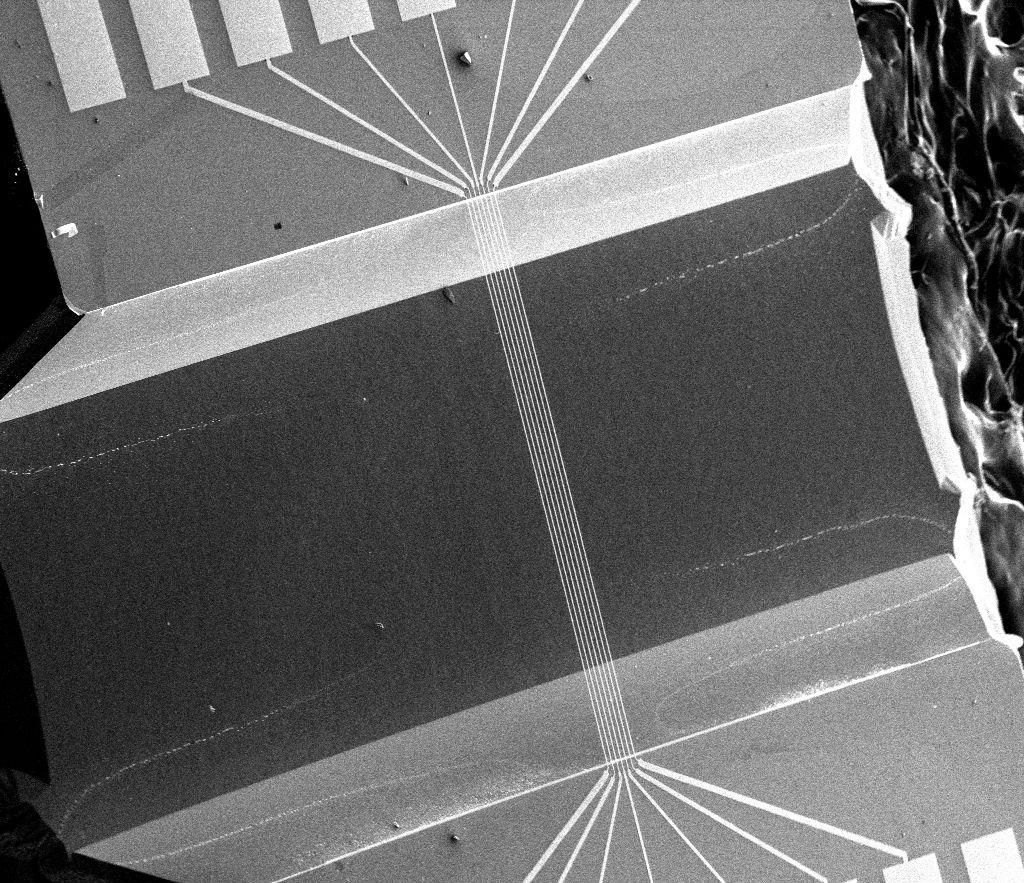 Working principle of the particle velocity sensor is similar to a hot wire anemometer. The sensor consists of several thin platinum strings. During the operation of the sensor, these strings are heated to a near incandescent temperature. Passing sound waves alter the temperature, and in turn the electrical resistance of the heated strings. The resulting voltage difference is proportional to the acoustic particle velocity.

A unique trait of the Weles particle velocity sensor lays in the amount of platinum strings that are used for measurements. Position and spacing of all strings has been carefully engineered in order to obtain the broadest possible frequency response, thus providing the best signal to noise ratio in the sensors operating frequency range (20 Hz - 20 kHz). All that was achieved by employing smart signal processing techniques which allowed to combine individual signals from singular strings and pairs of strings into one broad-banded response. Due to the amount of sensing elements (platinum strings) a singular Weles sensor is actually an array of sensing elements.

Below an example of a typical frequency response of the Weles particle velocity sensor.